‘We’d like the programme to showcase Kerry’s success to date.’

topright were approached by The Sound Check Group to design a programme for Kerry Ellis’ UK tour that would celebrate 20 years since her West End debut.

Kerry is recognised as the West End’s leading lady starring in numerous West End and Broadway productions and has played a number of leading roles from Elphaba in Wicked, Grizabella in Cats to Fantine in Les Misarables to name a few. Kerry’s talents continue into the music industry where she is signed as a recording artist to Universal Decca with her album ‘Anthems’ and to Sony Music with her collaboration album ‘Golden Days’ with Brian May.

The turnaround for this project was very quick, taking just a week from receiving the content to delivering the final product. The layout included photographic collage pages of Kerry, her friends, colleagues and many productions shots, which visually highlighted her achievements. Using the content provided, topright displayed a letter from Kerry on a rustic wooden table, which created a personalised feeling. This, alongside Kerry’s handwritten set list and producing the effect of scattered, printed photographs allowed the reader to connect more closely with Kerry. 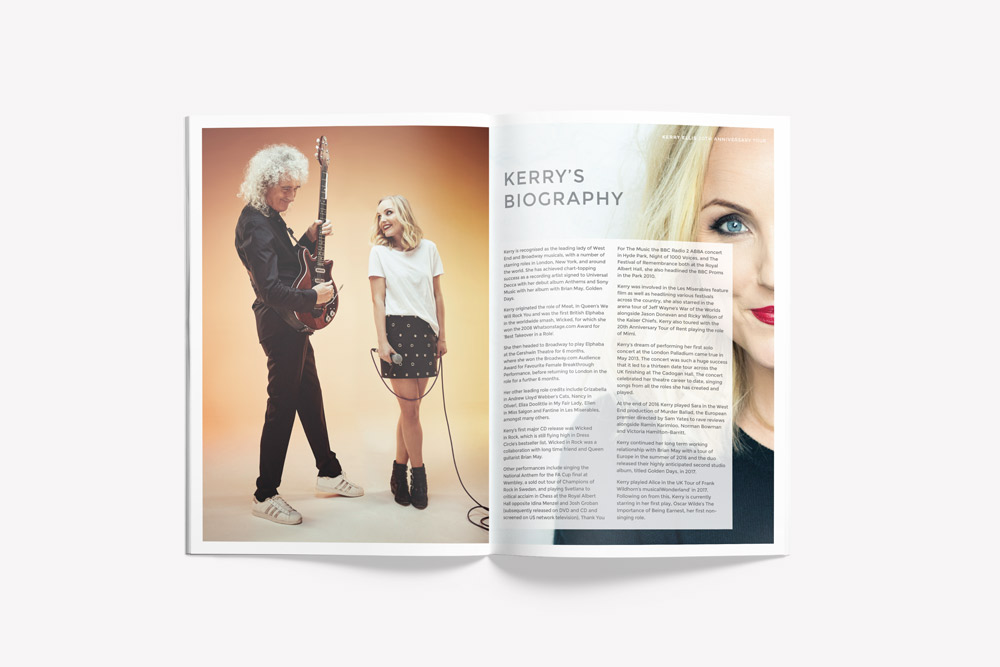 ”topright wishes Kerry and The Sound Check Group all the best for her 20th Anniversary UK tour and the future. 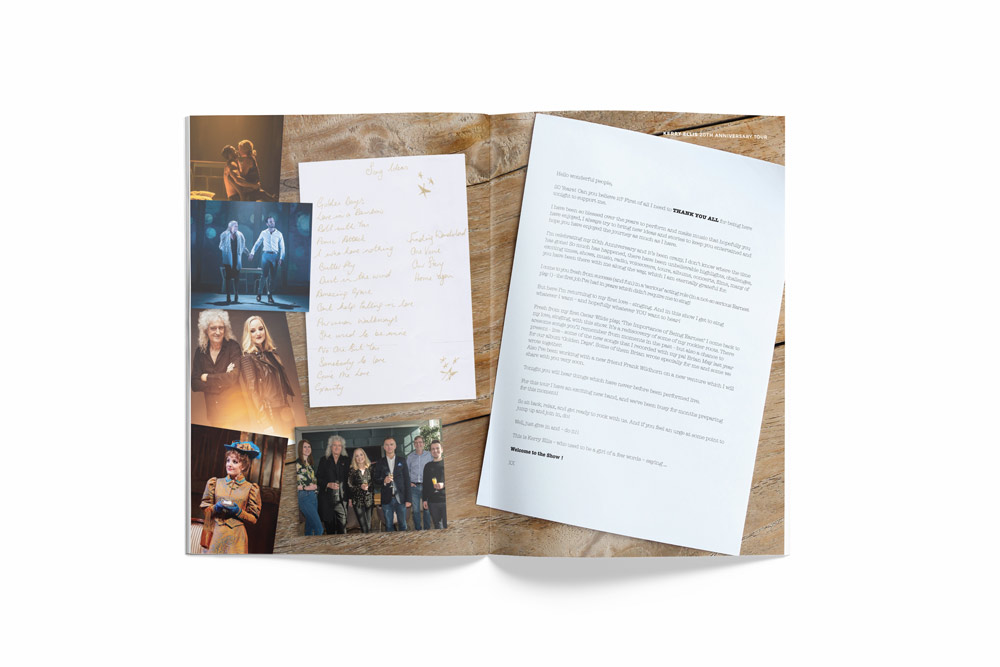 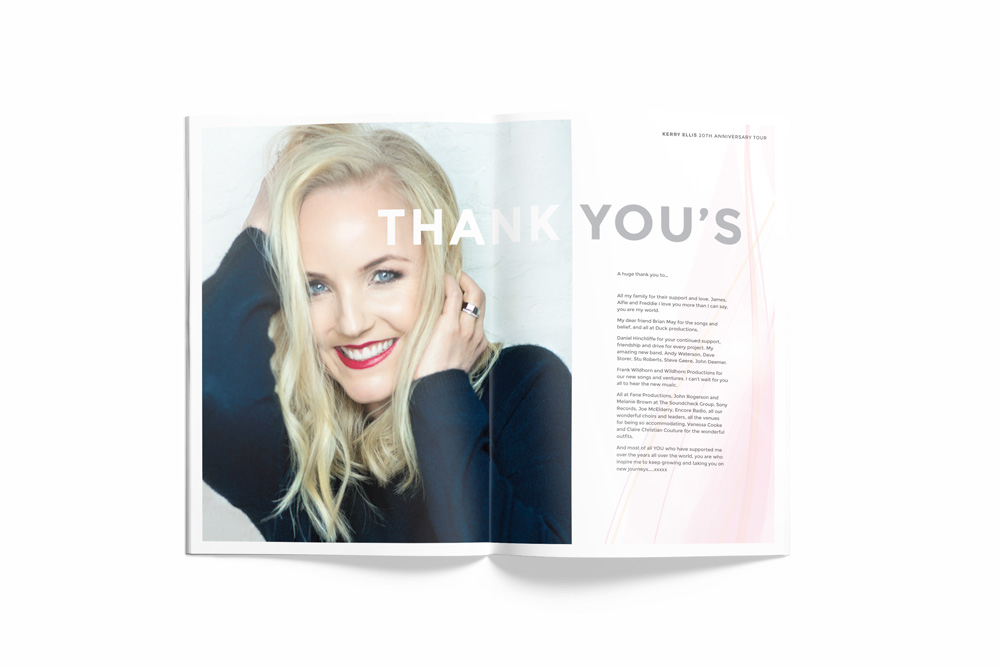