‘Create us a Sixth Form prospectus design that will champion our values.’

Heathfield is a deliberately small and exclusive boarding and day school for girls aged 11-18 years. Heathfield called upon topright to create their Sixth Form prospectus design. It will promote new industry leading, state of the art Sixth Form Centre and attract students. The prospectus showcases the wealth of opportunities and unique experiences that students can enjoy when joining the Sixth Form. This all had to be reflected in the design of the prospectus.

Topright had previously created a campaign identity for Heathfield’s Sixth Form Giving campaign. By using the ‘VI’ from ‘GIVING’ the campaign highlighted the six of ‘VI form’. The campaign was a great success. It raised over two hundred thousand pounds. The Giving Challenge raised funds to help with the interior and fit-out. This ensured the highest educational facility for the future Sixth Form students.

Developing a campaign into collateral

Topright conceptualised a clever development of the successful campaign. Incorporating core elements of the campaign into the design. This was done by skilfully using various words in the campaign style. These words championed Heathfield’s values and featured the essential ‘VI’ within them. Words such as ‘thriving’ for example. This visual strategy reinforced an already strong campaign. The expansion of the campaign helped to highlight and reinforce the individual messages in the prospectus. Most importantly it showcased many of the positive attributes students would develop on their Sixth Form journey. This displayed the school’s intentions to produce confident, capable and well-rounded young people. Students who can go out into the world and be useful to both themselves and the wider community.

The sixth form prospectus was designed in the corporate styling of Heathfield’s collateral. It was to hold a strong family resemblance to the School prospectus design. But it would have its own identity. As with all the collateral Topright produce for Heathfield School it uses the house styles they created. Therefore key features like font sizes, typography, colours and page structure express the house style. However, the Sixth Form brochure design also has some notable differences and design cues. Heathfield School has a good library of photography. This valuable resource was utilised in the Sixth Form brochure design. Good imagery helps to communicate the numerous opportunities the Sixth Form has to offer. The images of the extra-curricular activities really promote the ‘lifestyle’ of a Sixth Form student. All this further entices students into wanting to study at this sixth form. 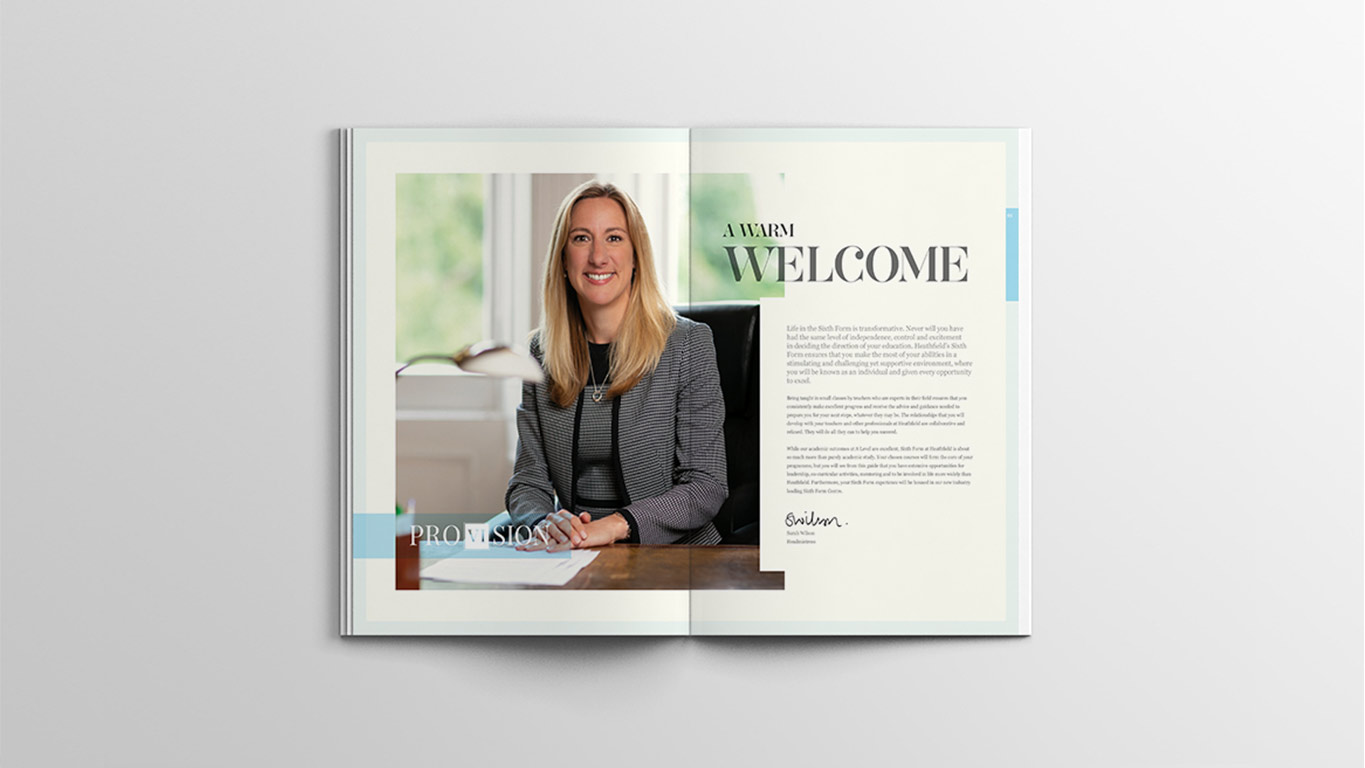 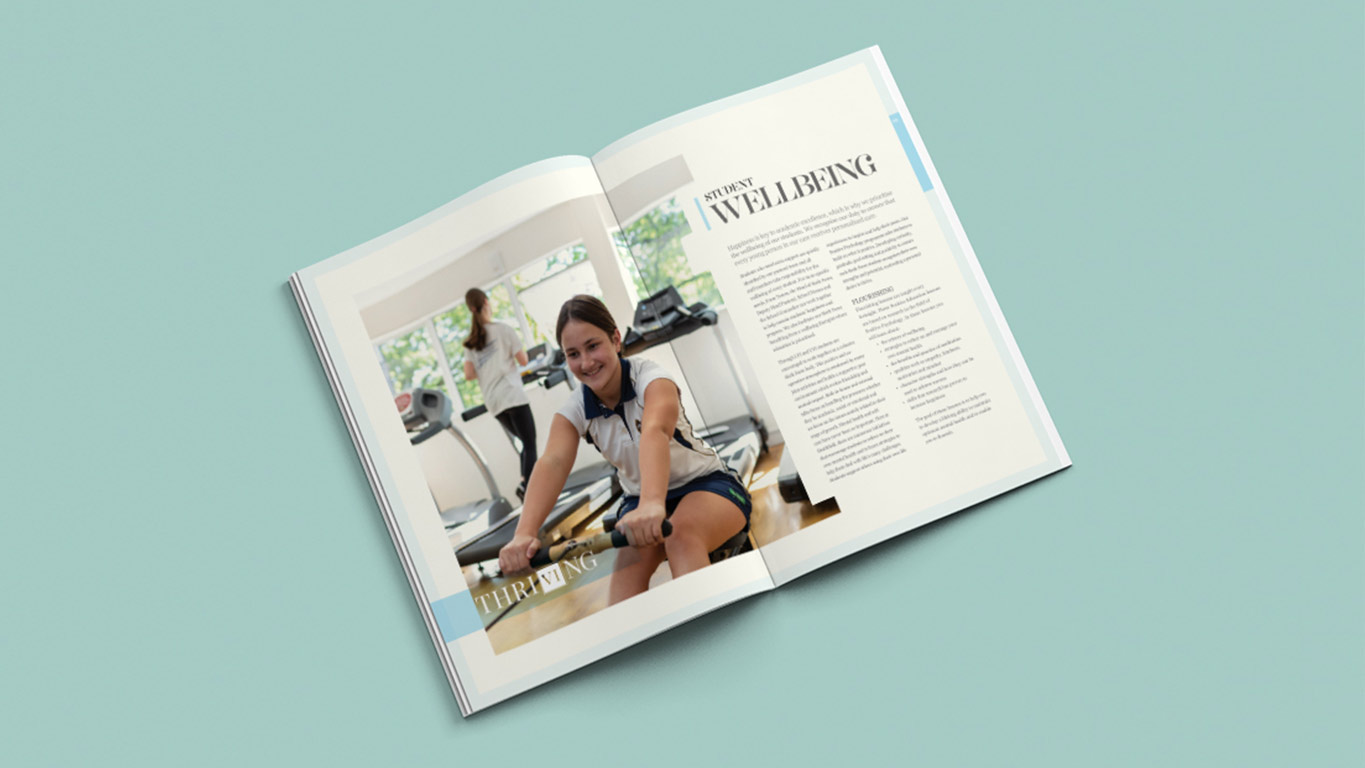 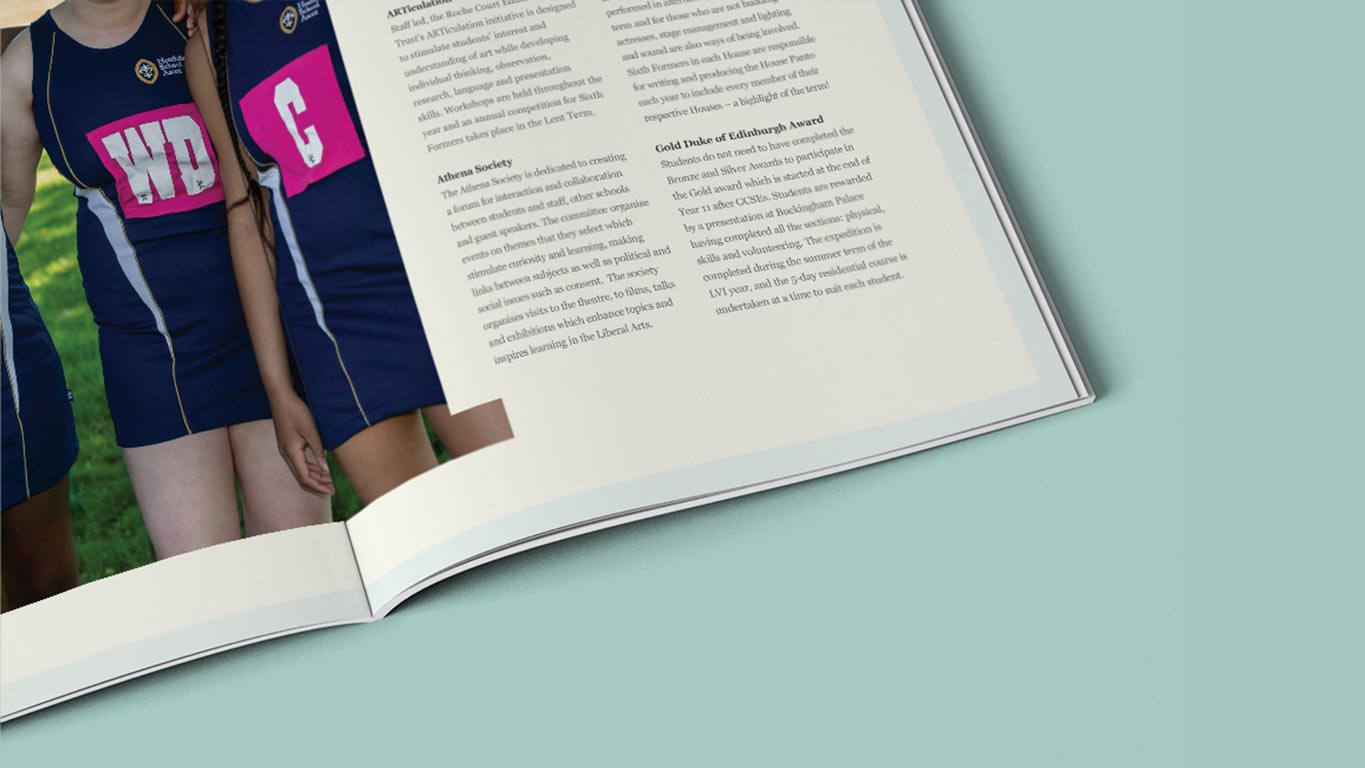 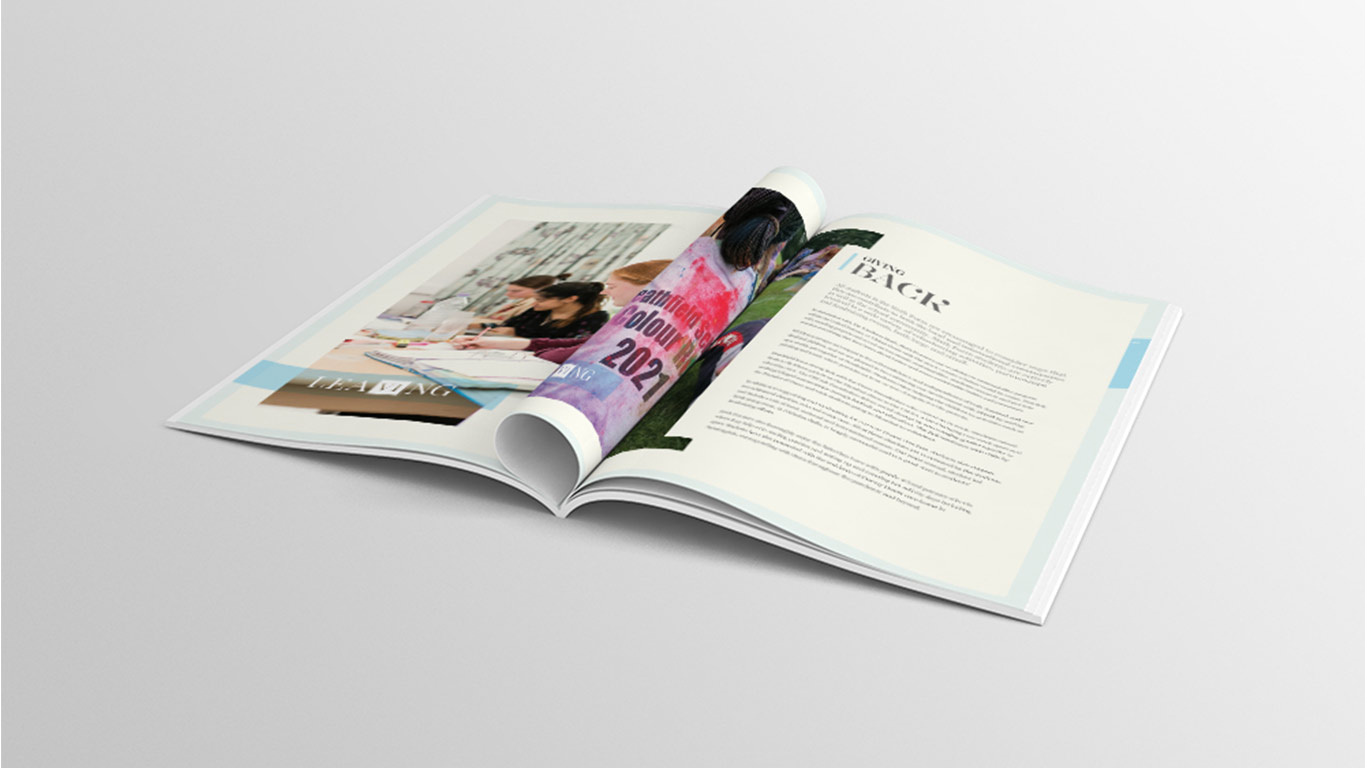 ”It is a complete joy to work with such a creative and professional company. 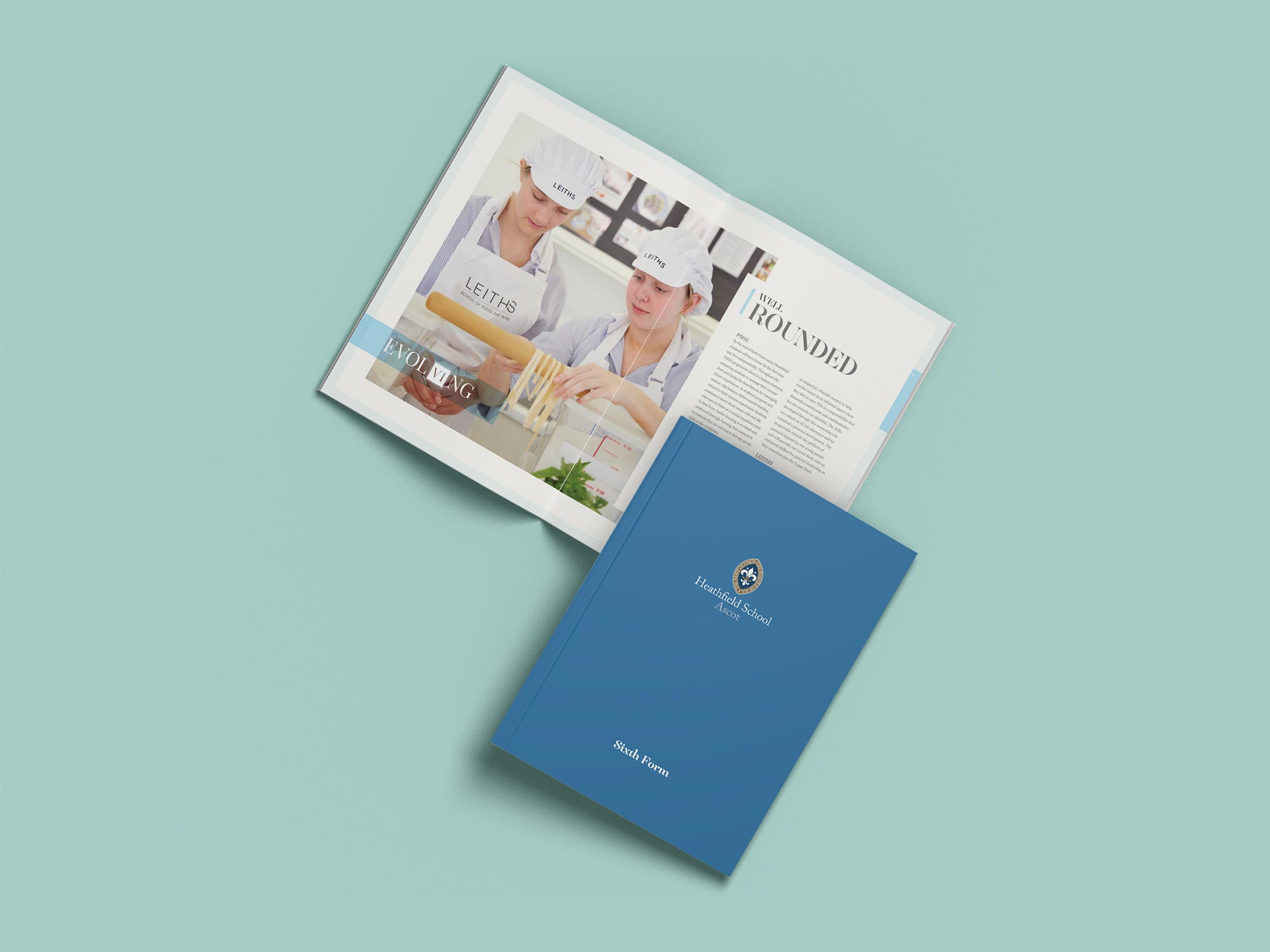 ”The standard of work is exceptional and this, combined with the speedy turnaround, attention to detail and in-depth knowledge of us as a client, means I have no hesitation at all in heartily recommending Topright to anyone. Keep up the great work!