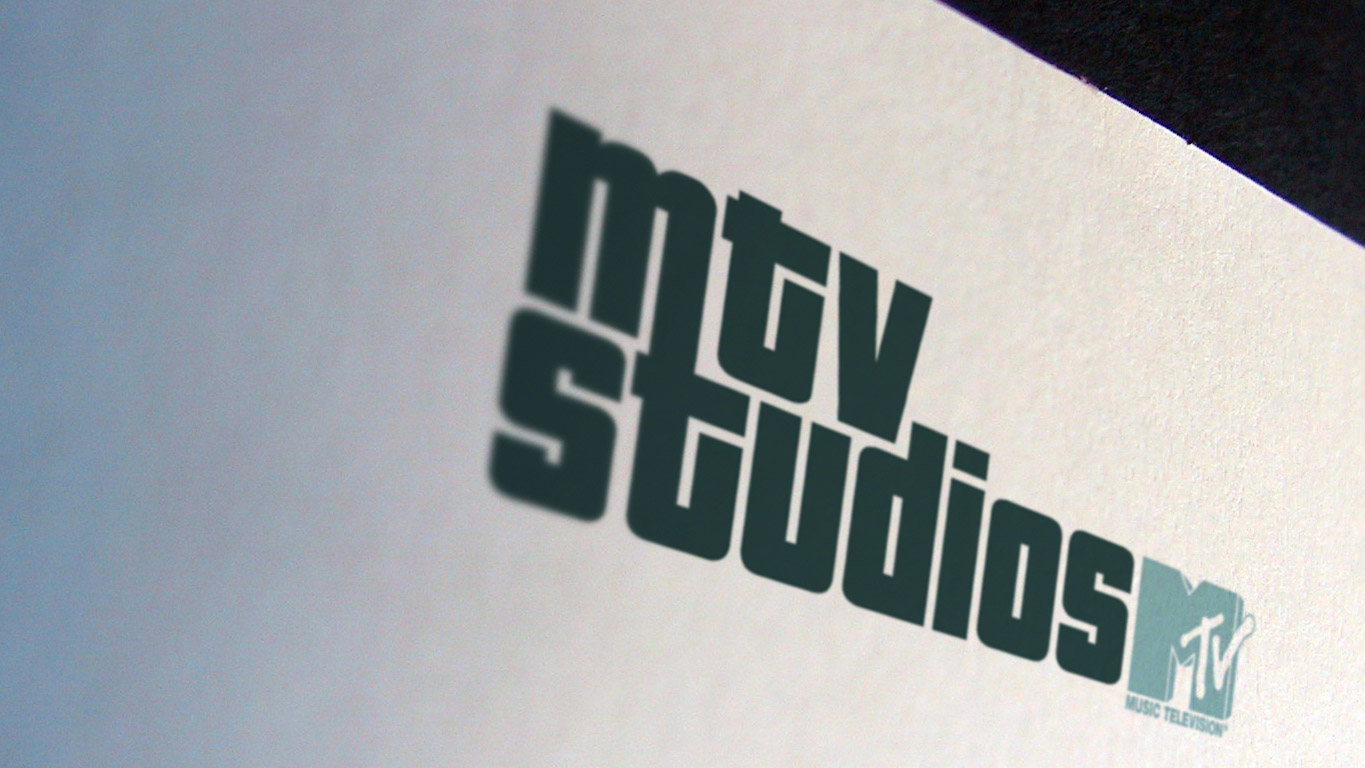 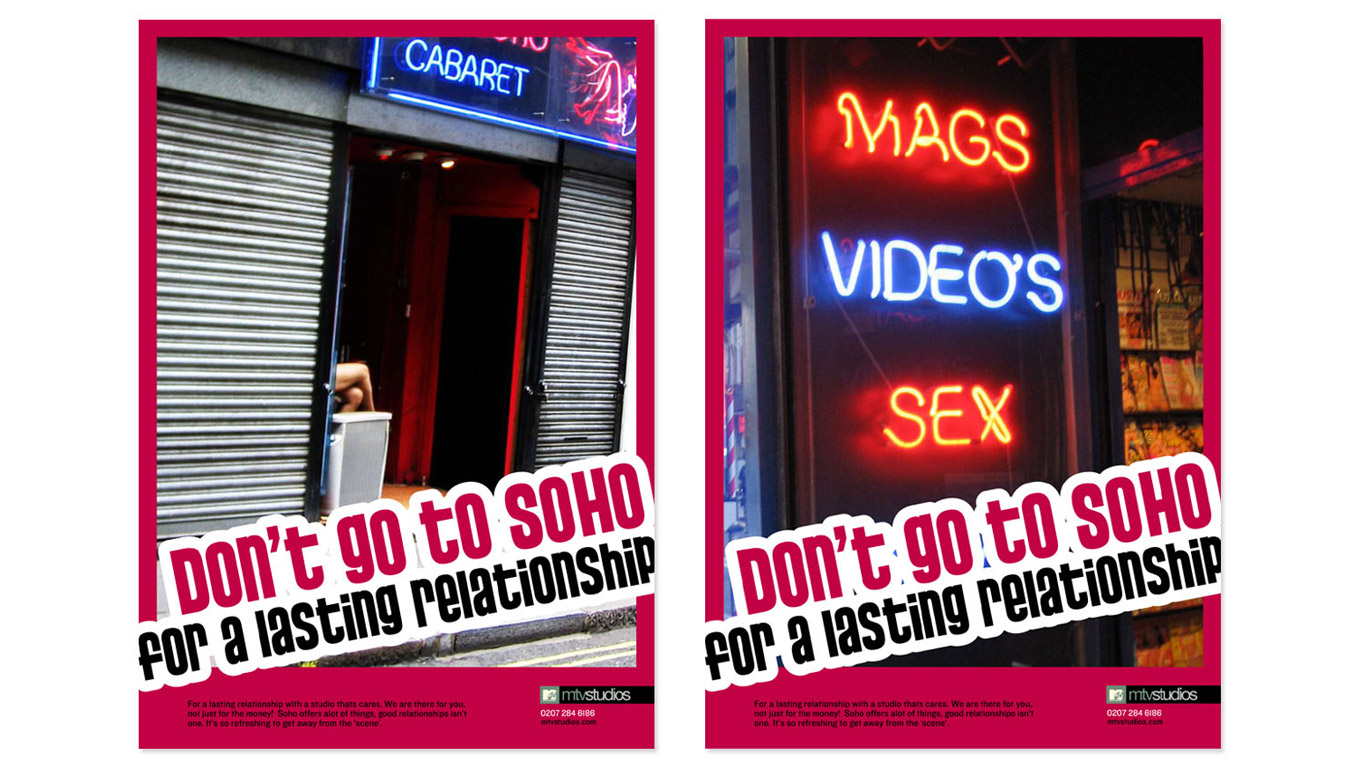 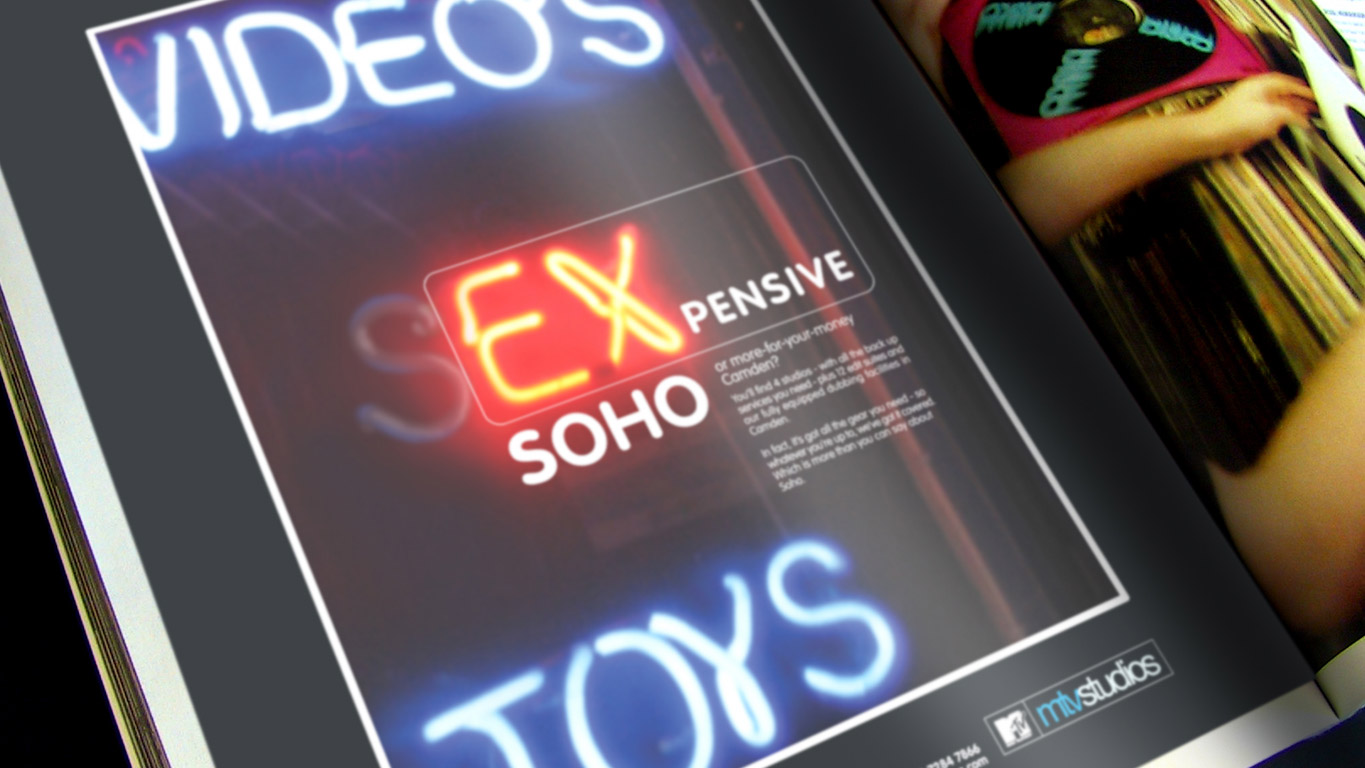 “We need to attract the Soho set.”

MTV Studios, the studio division of MTV Networks Europe, wanted a new advertising campaign for their ‘out-of-Soho’ studios. The aim was to draw clients away from their traditional Soho stomping ground. topright conceived and delivered a campaign that centred around photography of a sex-shop window and delivered a refreshing and thought provoking message. The campaign reinvigorated MTV Studios’ position in the marketplace.