‘Celebrate motorcycle legends and feel part of the story.’

topright were asked to design this new and exciting motorcycle racing series event identity. This brand new international series celebrates the heyday of GP Bike racing and as such we retro-styled the brand to achieve its well received appeal. The events will feature more World Champions with more World Titles than any motorcycle event in history. World GP Bike Legends is going to be an unmissable chance to watch and meet legends from the ‘Golden Era’ of Grand Prix racing. The Launch was held at the Regent Street Motor Show. Racing legends Freddie Spencer, Wayne Gardner, Christian Sarron and Didier de Radiguès all donned their racing leathers and climbed aboard some of the most iconic racing motorcycles ever to blast down a 40-metre section of London’s famous Regent Street, giving the public just a small taste of what’s in store at World GP Bike Legends. The first venue to host the event will be Jerez Circuit in Spain. 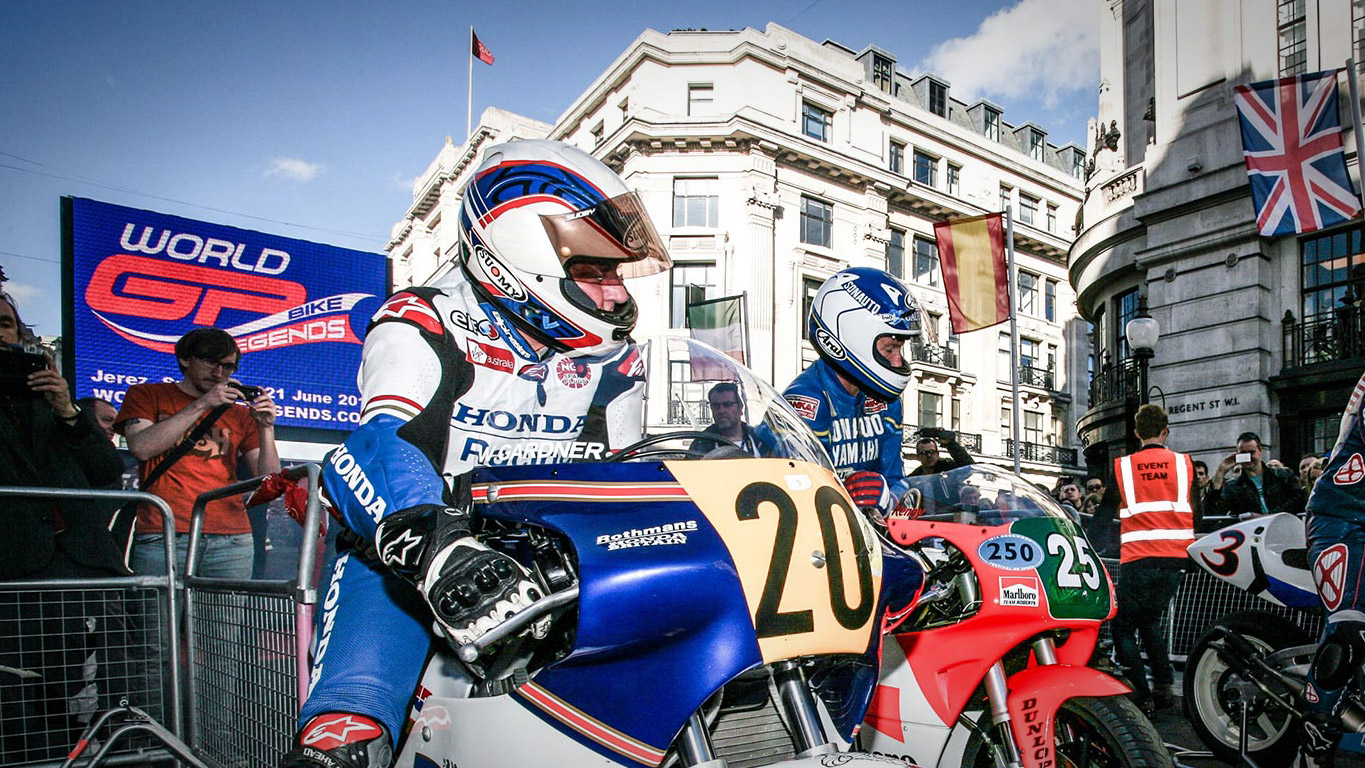 ”Topright retro-styled the brand to celebrate the heyday of GP Bike racing. 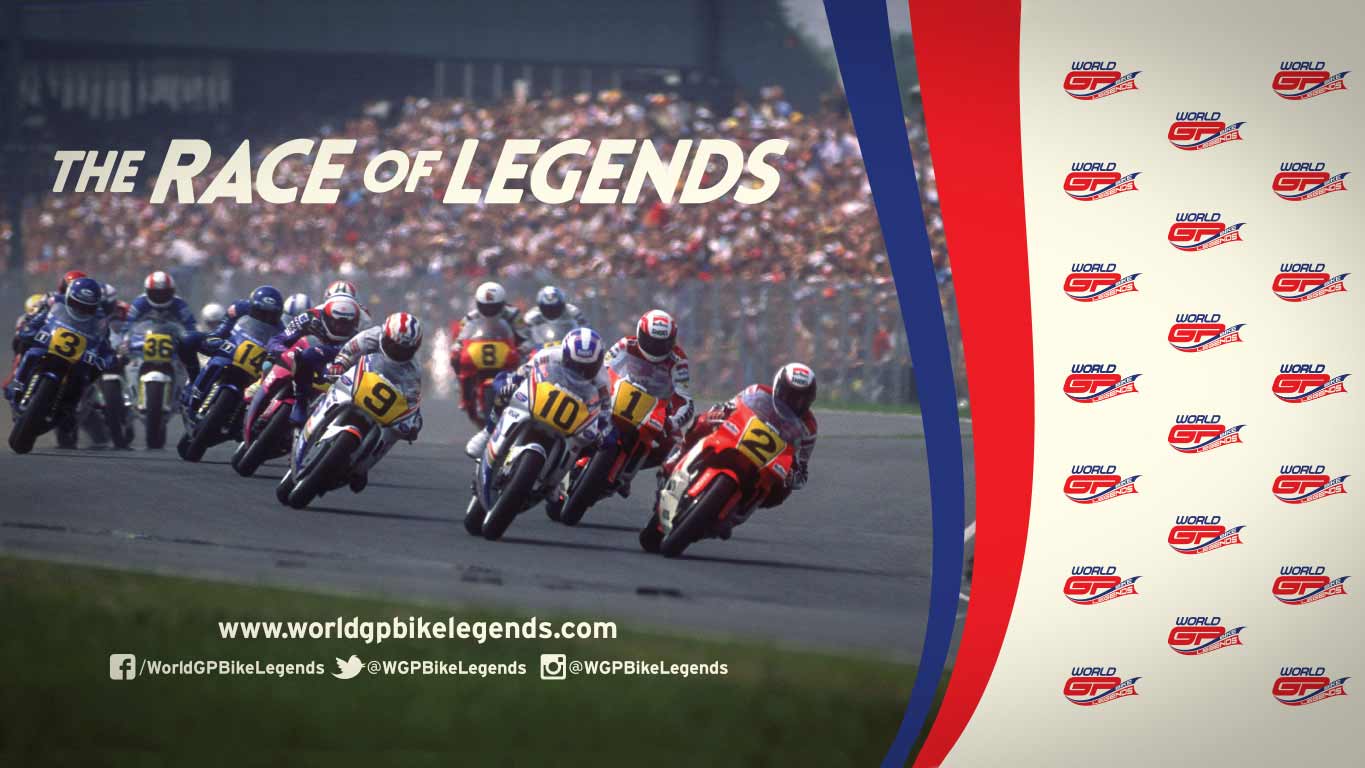 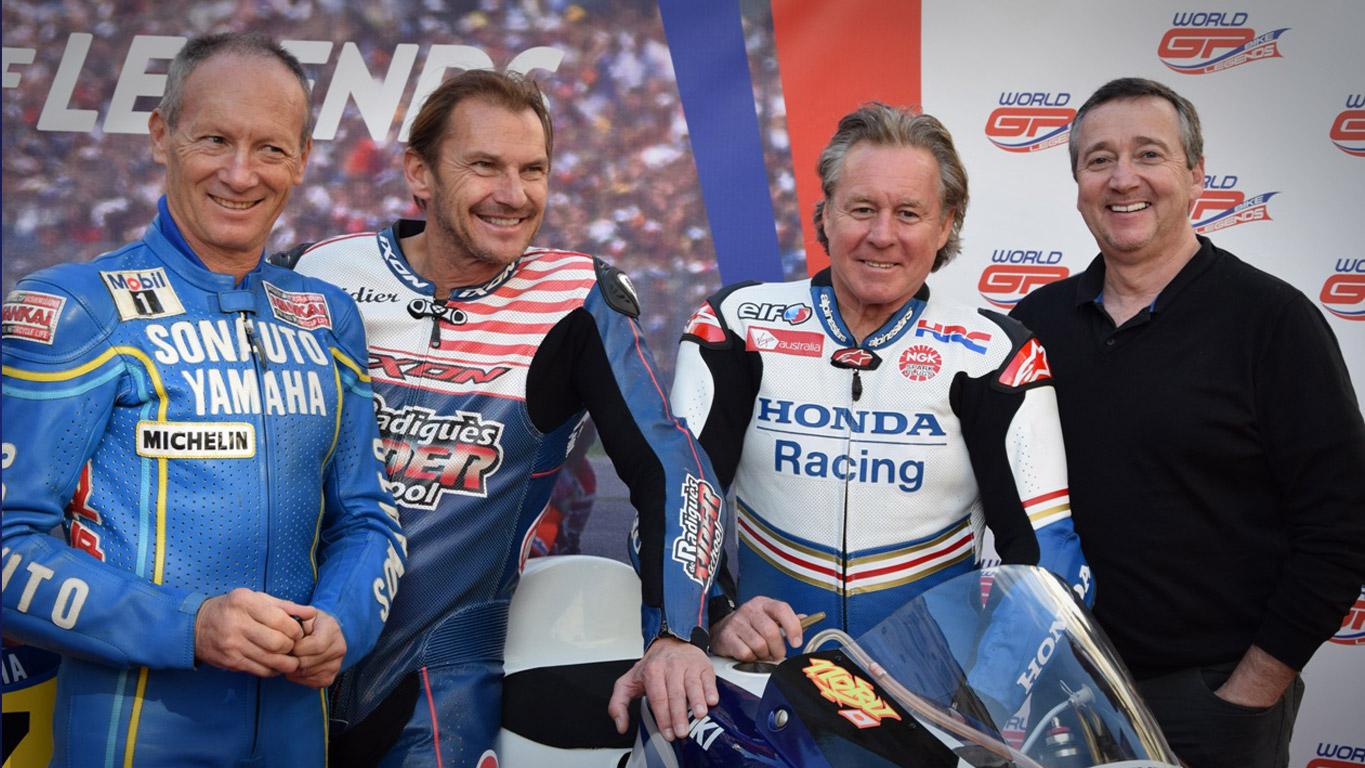 ”The event identity needed to reflect the history and excitement of GP Bike racing as the events will feature more World Champions with more World Titles than any motorcycle event in history. 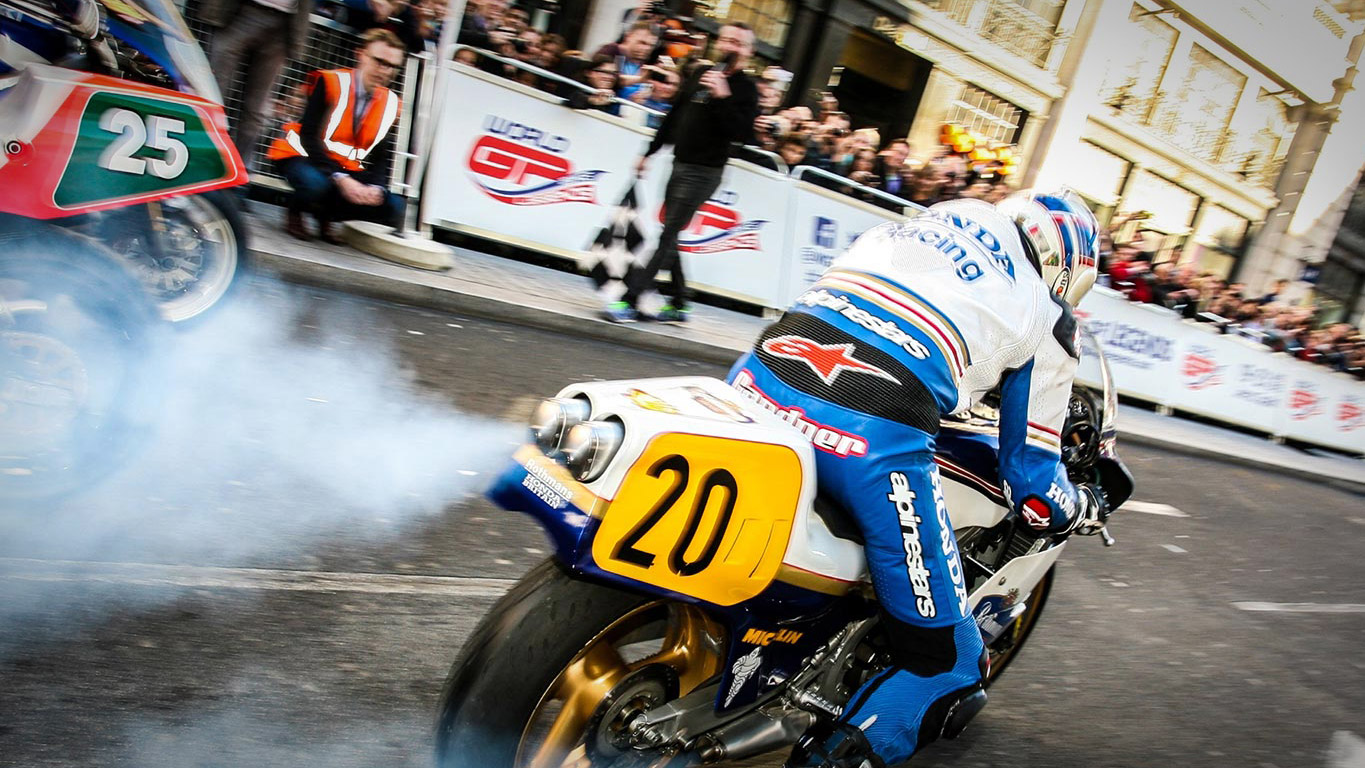 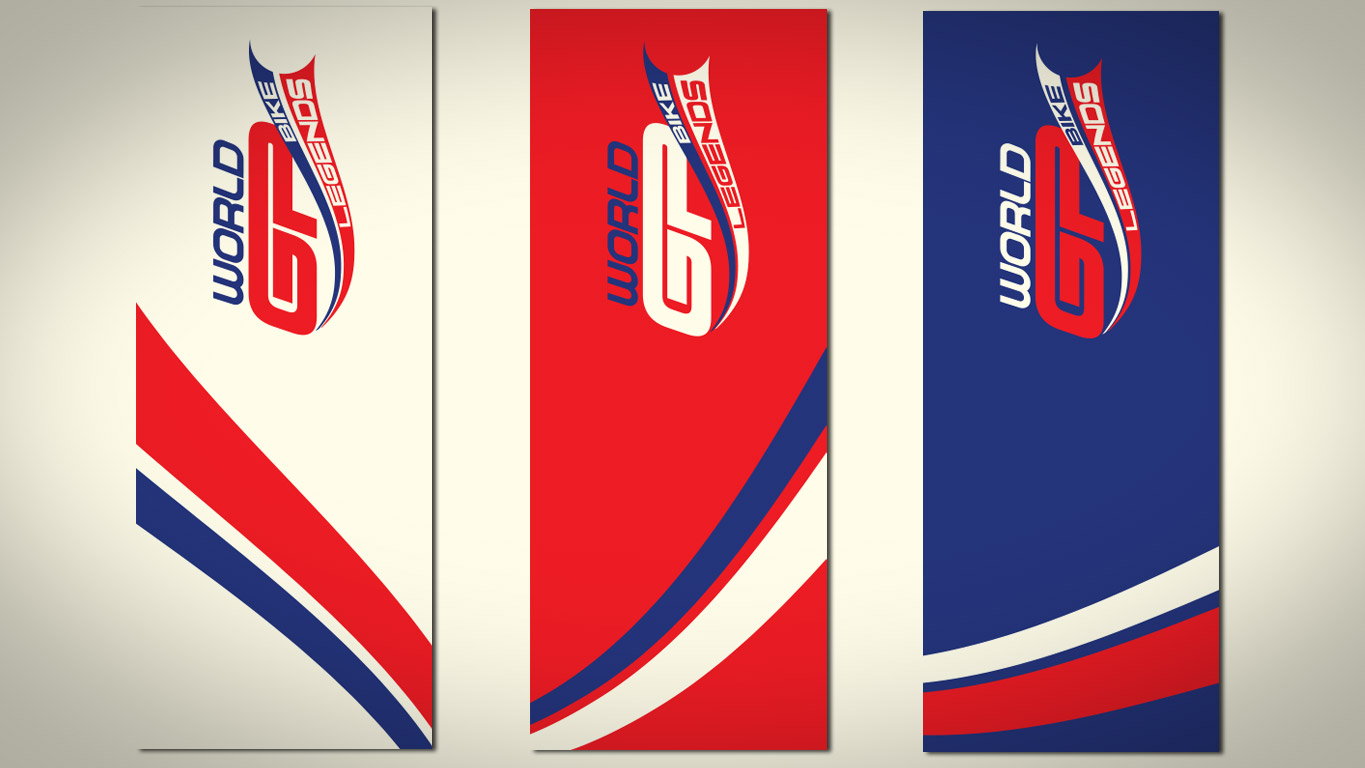