Braille is a fantastic graphic communication tool and something we pride ourselves on. We have often been asked by other designers, ‘How do you do it?’ but we have worked out our own methods, as designers (problem solvers) would do to solve the problem.

We have been fortunate enough not only to produce a number of braille show leaflets and collateral for arts and theatre companies, but have also been taken into the wider community, producing braille for much larger companies such as Merlin Entertainments Group for one of their local theme parks, Chessington World of Adventures Resort.

Braille is a fantastic but overlooked piece of visual and graphic communication and not produced anywhere near enough as we feel it should be. It provides the sighted an extra dimension, whilst providing the visually impaired with a means of communication. Braille works alongside design and compliments rather than interrupts it, creating hidden messages with a great matrix of texture.

Our latest braille project was a braille show leaflet for Extant, who are the UK’s only professional performing arts company of visually impaired artists. They explore new creative territories from a visually impaired perspective.

Partnered with Yellow Earth Theatre, the UK’s award winning British East Asian Theatre company in their first ever co-production, ‘Flight Paths’ they tell the story of the female blind Goze women, storytellers and musicians who travelled the length and breadth of medieval Japan making a living from performing epic tales. They navigate the path from tradition to modernity, weaving together personal stories of blind artists from Japan, Nigeria the USA and Australia as they forge their careers as aerialists, viola player and soprano. 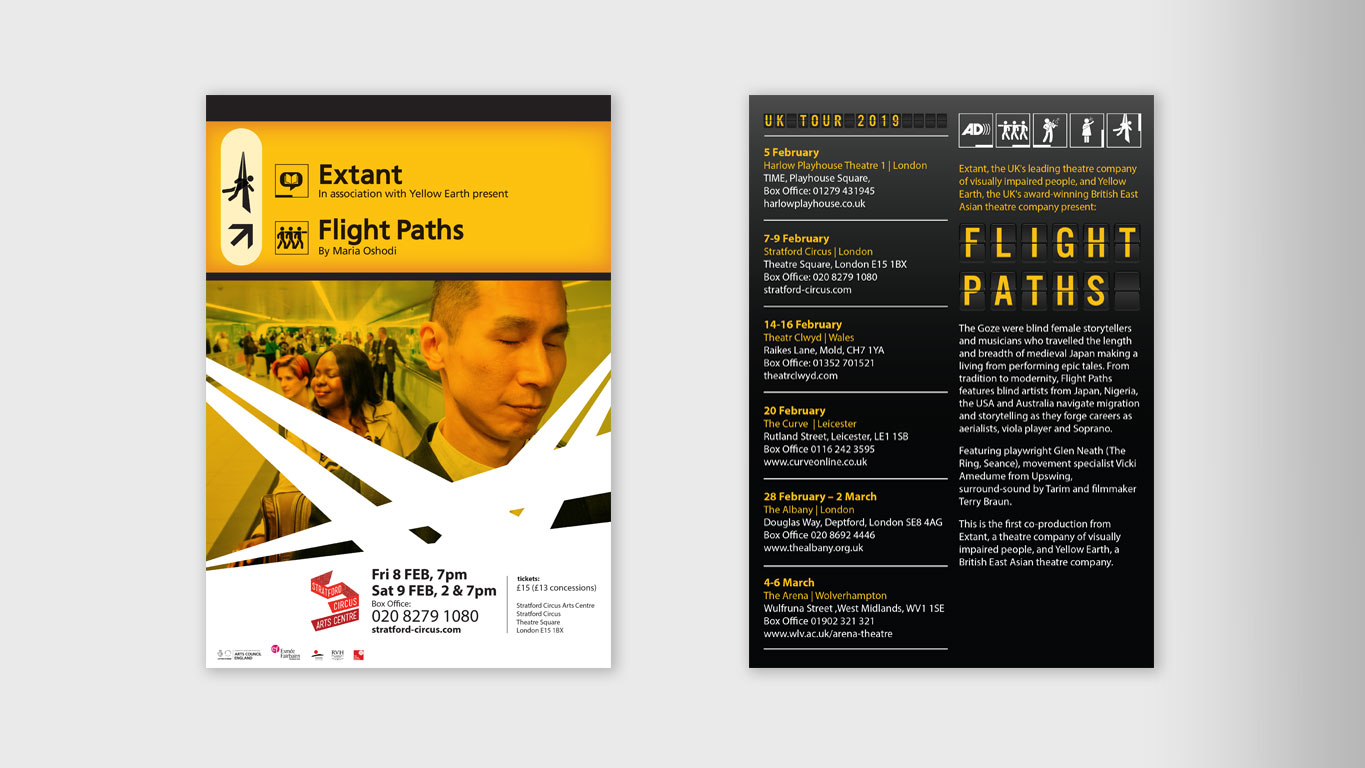 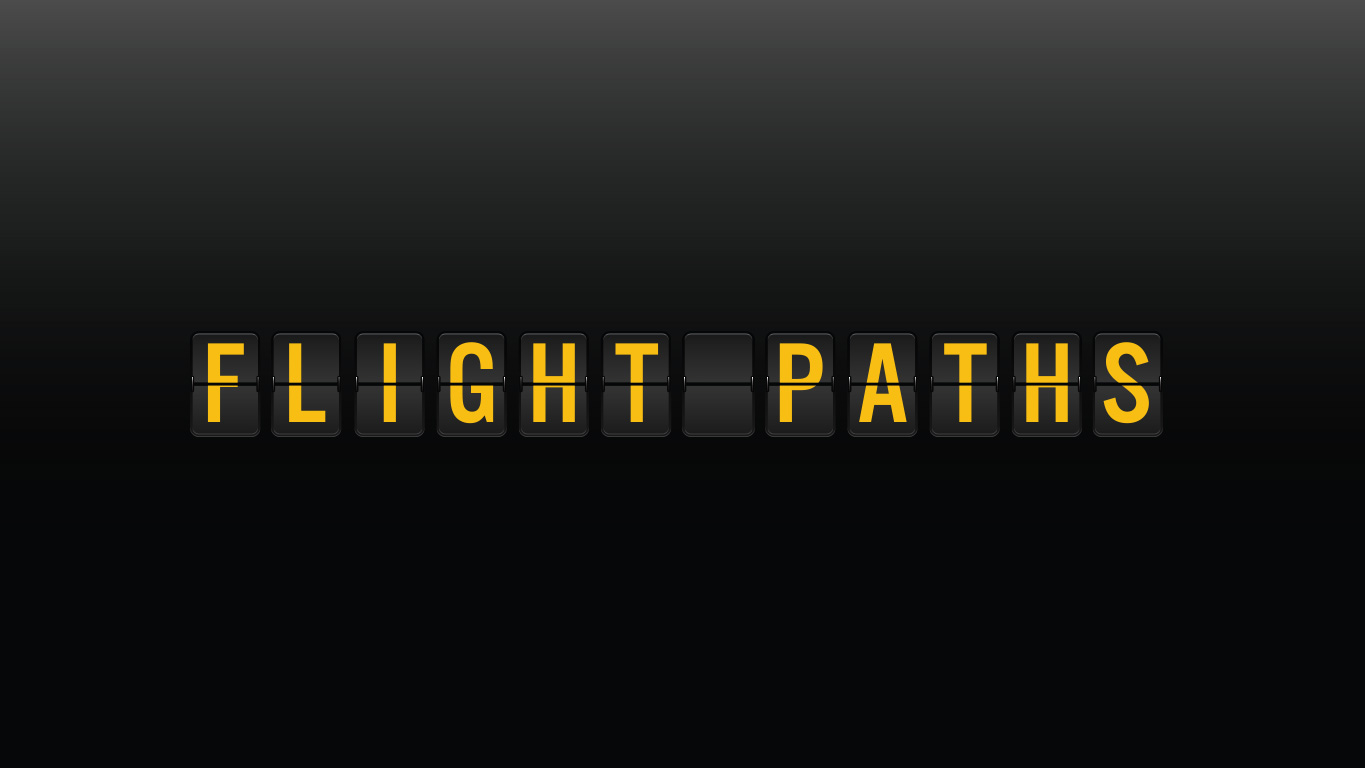 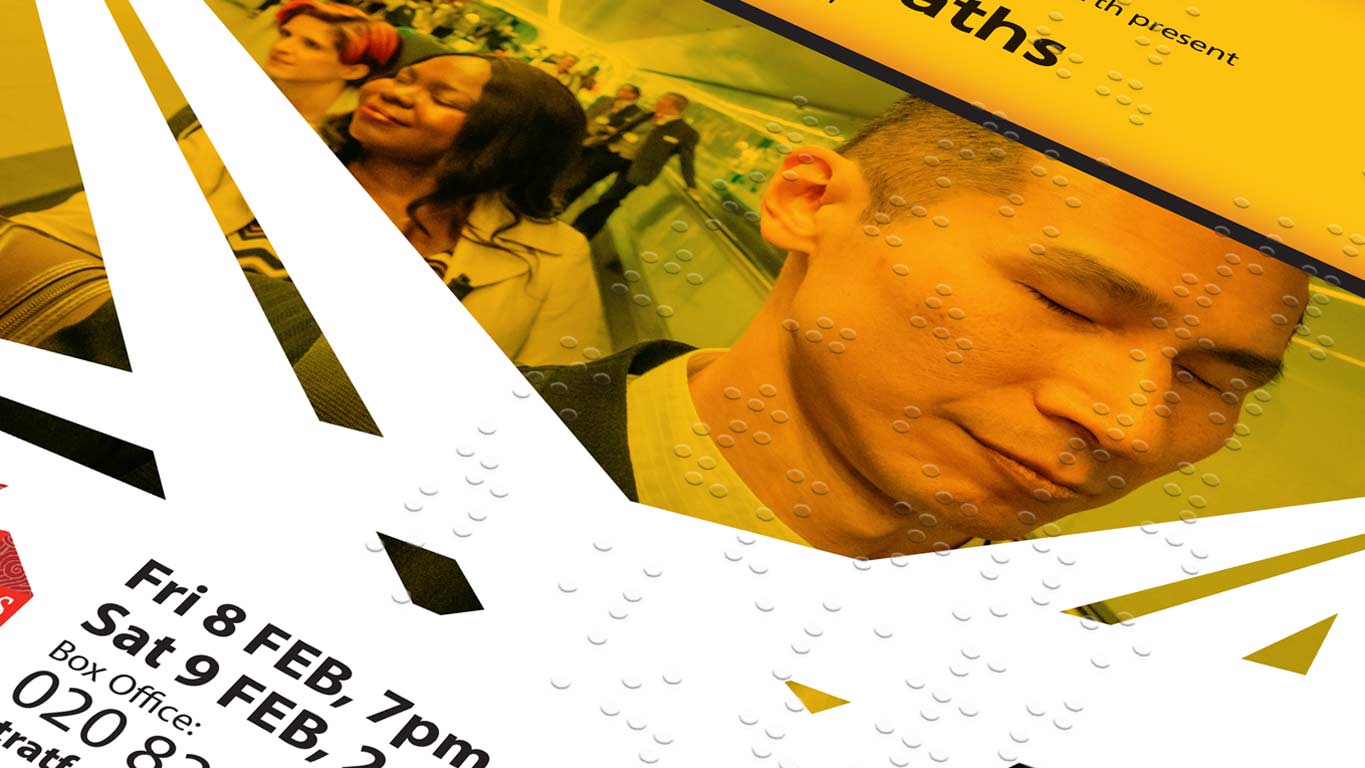 ”Braille is a fantastic but overlooked piece of visual and graphic communication and not produced anywhere near enough as we feel it should be. It provides the sighted an extra dimension, whilst providing the visually impaired with a means of communication.